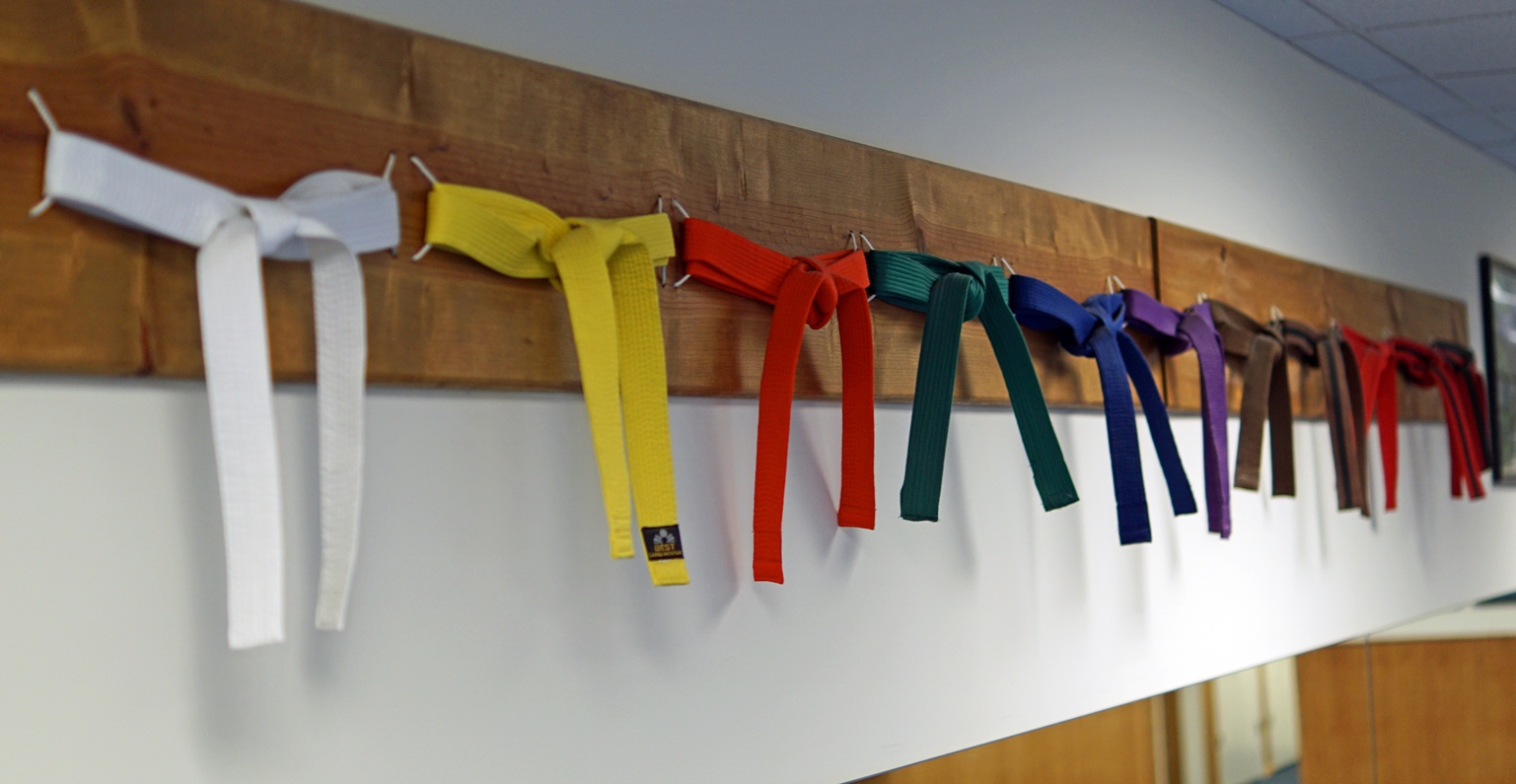 Beginning at Red Belt and continuing through 1st Dan Black Belt, the time frame between belts changes to a minimum of 4 months.  At that point, students have a lot to remember and practice from the early belts in addition to learning the newer material.  Red Belts focus on choke defenses.  Red Sr. Belts learn military application of our basic techniques and learn some ground grappling.  Most techniques can be done with a varying degree of severity from “carrying” techniques to takedown techniques and finally to military techniques which, if used against an attacker, would have devastating consequences.  (Obviously, we practice the military versions of techniques carefully so as not to injure our partners!)  At Red/Black, adult students learn how to defend themselves against a variety of knife attacks.

Throughout the belts, students continue to learn a variety of kicks, hand strikes, falling skills and sparring techniques.

Once an adult has achieved 1st Dan Black Belt, there is still much more to learn!

In addition to learning how to apply a variety of concepts to all their techniques in order to make them even more effective, post-black belt students learn everything from short stick and bo staff techniques to defenses against multiple attackers, seated defenses, cane defense, gun defense, and more.   Post-black belt students also learn a variety of even more challenging kicks and falling skills, as well.  The time between 1st Dan, 2nd Dan, 3rd Dan and 4th Dan is a minimum of 3 years of continuous training.  Beginning at 4th Dan, the time between each higher rank is based on the level.  (ie – From 4th to 5th Dan is 5 years minimum, 5th to 6th Dan is 6 years minimum, and so forth).